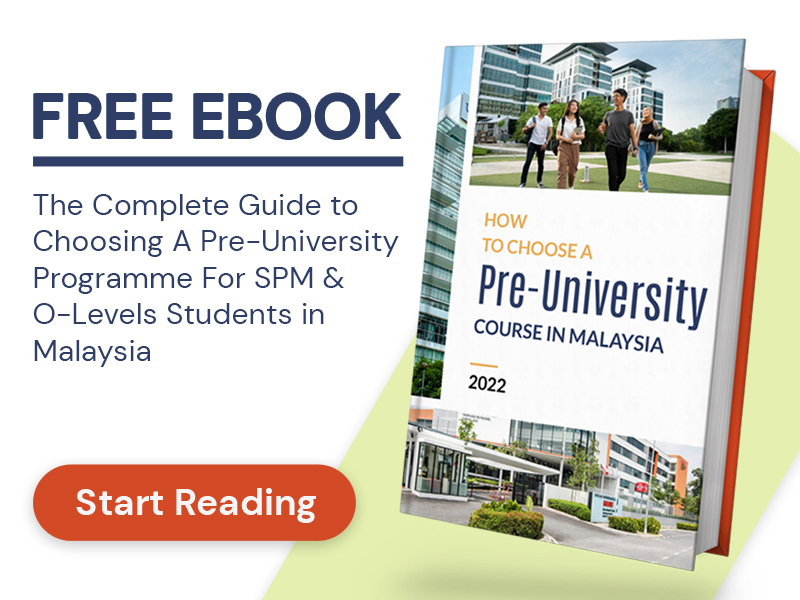 Do you know that studying agriculture is more than just learning about how to plant seeds? Do you know the agriculture intersects with environmental sustainability, economics, famine, genetic modification, poverty and even disease epidemics? Are you passionate about creating an environmentally sustainable future? If so, then you may want to consider studying agricultural science in Malaysia.

Let us explain what the course will entail and find out if it is indeed for you. Agricultural Science will help you understand modern farming and give you a strong foundation in agriculture for careers in the primary product sector. Agricultural Science focuses on the science and technology behind principles and practices of agriculture. Through this course, you will be able to develop the knowledge, skills and practices that deal with the maintenance of agricultural resources and how to use these resources properly.

Do you love trekking in the jungle and admiring the vast flora and fauna that surrounds Malaysia? Have you always been fascinated by animals, from the common chicken, cattle and cat, to the much rarer Rhinoceros Hornbill? Is it true that animals can mate with themselves? If yes, how do they reproduce? You’ll learn the answers to all these if you choose to study Animal Science in Malaysia. Read on as we dig deeper into what it entails.

Animal Science (also Animal Bioscience) is described as ""studying the biology of animals that are under the control of humankind"". It also deals with animal health, animal behaviour and farm management. Historically, the degree was called animal husbandry (which has nothing to do with husbands) and the animals studied were livestock species, like cattle, sheep, pigs, poultry, and horses. Today, Animal Science have included a much broader range of animals such as dogs, cats and other exotic species.

More and more people are splurging on seafood these days, with new-found exotic oceanic creatures such as Yellowfin Albacore Tuna, Wild Alaskan fish, Pacific Cod and the like. With an increase in demand for seafood, there will definitely be advance in technology to grow these food in coastal marine waters and the ocean. Do you know the numerous ways that exist to farm marine shellfish? Do you know that the two main types of Aquaculture are marine and freshwater? If you do, then you may want to consider studying Aquaculture in Malaysia. Wondering what the course will entail? Join us as we dive into explaining the course to you.

Aquaculture is a technique used to sustain marine life to ensure continuous food supply, restore and maintain the undersea environment and replenish threatened and endangered crustaceans. This involves animal breeding, harvesting and cultivating rare ocean creatures, aquatic plants and shellfish. In other words, Aquaculture is farming in the water.

Are you health-conscious? Do you wonder how the external environment can affect human health? If you do, then have you ever wanted to play a role in saving people from premature deaths or sickness caused by the environment? Maybe someone told you that there’s nothing you can do about it or your little changes is too insignificant to impact the environment. If you answered ‘yes’ to any of those, then this course is what you’ve been looking for.

A course in environmental health enables you to study about disease prevention. By studying the air quality, water quality, general living conditions and food quality, you’ll be able to provide your expertise for sanitation services, restaurant inspections or toxicity testing. You can utilise your skills in this field to maintain a safe supply of food and drinking water and reduce air, water, food and noise pollution. Environmental health is a rather new field in Malaysia as more and more employers are beginning to see the importance of saving costs in a healthy work-space.

When you hear one of the environmental awareness talks, do you just ignore them or does every cell in your body suddenly come alive (metaphorically)? When you’re given pamphlets on how to save the environment, do you throw them away or find out more through their website? If you’ve answered the latter, then you’re looking at the right course. Read on as we decipher what you need to join this course.

Saving the environment and keeping it safe for our future generations are everyone’s duties. Malaysia needs talented individuals with the appropriate skills to positively impact environmental solutions. This is why environmental science that combines ecology, biology, physics and chemistry, is very important today. You could be the one playing a huge role in making an impact for our country, so why not?

Were two of your favourite subjects in school geography and history? Do you care about the environment greatly? Are you interested in how we can use the resources of Earth in ways that minimise damage to the environment? Do you wonder how do professionals develop early warning systems to earthquakes or tsunamis and search for energy resources to overcome the depletion of petroleum or analyse fossil fuels to understand evolution? It might be a lot of hard work for some but if you’ve secretly pictured yourself doing that someday, then the study of Geology in Malaysia may just be for you.

Geology is a science that seeks to understand Earth as a dynamic system. A discovery that aims to understand how the Earth works - its’ materials, landforms, processes and history. It covers many areas of the physical planet, for instance, flooding, mudslides, volcanoes and earthquakes. A course in Geology allows you to use your knowledge of the Earth's surface to discover resources of value.

Ever wondered how does the climate affect the ocean and vice versa? Why and how do species get extinct? Why do albatross feed plastic to their young? And how does the ocean turn acidic? As a student of Marine Sciences in Malaysia, you'll examine questions like these. Although your focus will be the ocean, you'll also be studying its’ relationship with dry land.

Marine Science is an interdisciplinary field of study that involves research on ocean life. A course in Marine Science would teach you the physical and biological aspects of the ocean, also known as Oceanography. You’ll also learn an overlap of various marine science disciplines as they all affect one another such as Marine Biology, Marine Chemistry, Marine Ecology, Marine Geology and Oceanography.